It only took six days.  Yep, just six days of commingling in the public school system, sharing toilets and lunch tables and craft supplies, until one of my kids caught something icky.

I originally presumed it was the aftereffects of playing outside in the insane humidity (it was still 99 degrees outside at 7 p.m. on Monday here).

But alas, he continued his downward spiral and very quickly earned entry into the Sick Males Club (marked by incessant whining with no direct correlation to the severity of the illness, an unquenchable desire for constant attention, and requests for very specific – and usually inconvenient to obtain – food and drink items).  He was running a very high fever, but had few other symptoms.  He has been home for two days.  It seems like two weeks.

Even though I am tired of hearing my name called out every minute on the minute (Enough already!  There is no way that your fingers are too weak to press the buttons on the remote.  I am sensing a scam here.), I have to admit that I enjoy having alone time with my kids occasionally.  I enjoy fussing over them and showering them exclusively with my attention while the others are at school.  I love that my little boy still needs his mommy when he is sick.  I love that I can make him feel better by reading with him and chatting with him and making him comfort food and rubbing his little feet.

But I would love it more if he got all better soon.  It makes me sad when my kids are sickos. 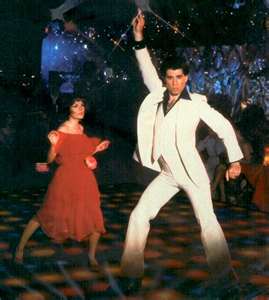 The only acceptable fever

Not one, but two of the younger kids got up in the middle of one night over our crazy weekend.  They were each complaining of some malady for which I would normally prescribe a simple dose of ibuprofen, so I dragged my still sleeping body to the medicine cabinet and rooted around in the dark for the familiar bottle.  Problem: no ibuprofen.  No big deal, as I can just give them acetaminophen instead.  More rooting.  Bigger Problem: no acetaminophen.

I actually had to turn on the light and check, but I had absolutely no kid pain relievers in my entire house.  No liquid, no pills, no melt in your mouth things.  Nothing.  To their utter dissatisfaction I gave them each a drink of water and said that the problem was probably just dehydration and I sent them back to bed, vowing not to forget to buy every kind of kid pain relief medicine the very next day – just in case.

I did, in fact, forget to buy them the next day, but I remembered that night as we were passing a drug store on the way home from my niece’s birthday party and asked Sheepdog to stop so I could just run in quickly.  I hit the pain management aisle with a vengeance and a hand basket, which I quickly filled with every flavor and style of ibuprofen and acetaminophen that they sold. 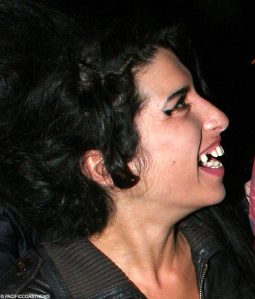 Missing a tooth doesn't always mean that you are trashy

At the sole checkout line (which was at least four or five people deep… big rush at the drug store on a Saturday night) people were waiting and bored, so they were checking out the candy display, the magazine headlines and each other’s baskets.  Mine must have caught someone’s eye and a couple of ladies in line behind me started asking me what was up with all of the drugs.  As I looked up to answer I noticed that they were both missing several teeth.  No big deal, but I just wondered how they had each lost their teeth… poor oral hygiene, too much Mountain Dew, bad genetics, bar fights?  Being toothless tends to convey a less than Miss America kind of image to me, but I wasn’t going to be rude or treat them any differently.

Our wait in queue went on, as the clerk was apparently unable to press buttons and put things into bags at the same time, so my conversation with the toothless ladies also continued.  I sneaked a peek at their future purchases and saw that they were buying some kind of ointment, the latest National Enquirer, a couple of tubes of potato chips and a twelve pack of some really cheap beer.  They seemed ramped up for quite a night and based on their shopping haul I had so many great questions on the tip of my tongue, but opted not to ask most of them.  They did tell me that their other friend was coming from a few towns over to hang out for the night, but first she had to settle some things with her boyfriend.

It was finally my turn at the register and the clerk also commented on the quantity of drugs I was purchasing.  Maybe there is a new screening that they have, similar to the one where you have to show your driver’s license when you buy Sudafed because it is used in making crystal meth?  I don’t know.  I explained again that I had completely run out of medicine for my kids and I was restocking.  Then the standard follow-up question to that statement was posed, “Well, ma’am, just HOW MANY KIDS DO YOU HAVE?”

“Five,” I answered, somewhat bored with the common reaction that inevitably was to follow.  I usually hear comments like, “You must have your hands full!” or “That sure is a lot of kids!”  But these folks didn’t say any of that.  I was actually kind of let down by the lack of enthusiastic response to my revelation of having borne an entire basketball team.  I may be tired of the standard responses, but I wanted them to say something.

So, as I grabbed my bags and receipt and walked out the door I looked back at the clerk and the toothless ladies and I added, “…and they all have the same Baby Daddy!”

As I walked through the drug store exit I heard roaring peels of laughter and even a couple of woo hoo’s.  Those toothless ladies sure loved me.