Sheepdog has a hard time sitting still.  I feel that he was born with some horrific “can’t relax” gene.  He still complains of being tired all of the time and that he feels run down and exhausted, yet he rarely listens when I wisely advise, “take a nap, dummy.”  Naps are the best part of parenting as far as I’m concerned.  They are the diamonds of Minecraft.  My precious.

But, back to Sheepdog.  The man is unable to just be.  I tease him all the time about his lack of quietude, yet I secretly find his buzz intoxicating.  I don’t want to be him, mind you.  But I am thrilled that he is on my team.  And he’s fun to watch.

This summer, my mom and dad gave Sheepdog a GoPro helmet camera.  I do not think in the history of things created that there could be a more appropriate gift.  Sheepdog is even more excitable than usual because of it. 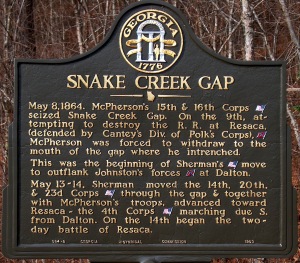 He has already begun filling his dance card with mountain and road bike races throughout 2015.  His first mountain bike race was the Snake Creek Gap 34-miler, which he completed last Saturday, January 3, in the cold and pouring rain in just over five hours.  He was so muddy at the end that the ladies who give out chili to the riders afterwards asked him to pose for pictures because they had never seen anyone so filthy and caked in mud.*

And because he can’t sit still, Sheepdog came home from the race and promptly made a movie about it.

I told you he is fun to watch.  How about those thighs, huh?