In our school district the kids don’t study a world language until middle school.  So as you enter the sixth grade you are faced with the question… French, Spanish, or Chinese?

Which language is spoken by the greatest number of people?  There are just under seven billion people in the world.  350 million of us speak English as our first language (that’s only about 5 percent).  Almost 500 million people speak Spanish, which works out to be just under 7 percent.  Barely 2 and a half percent of the world’s inhabitants speak French.  And a whopping 14 percent speak Mandarin Chinese.  But that’s on the world scale, and I’m a little more concerned with what they are speaking in my neck of the woods… on MARTA or at the DMV.  Winner = Spanish.

Which language is easier to learn?  Mandarin has something like 60,000 characters and at least one-and-a-half more tones than the 80’s group Tony! Toni! Toné! (“If the rhythm feels good, Baby, Baby let me hear you say, ‘Uh… uh, Baby!'”), yet their grammar is fairly simple.  And while both French and Spanish both use alphabets similar to the English one, French has all sorts of silent letters and multiple rules with plenty of exceptions and compound verbs and two-part negation.  But French has fewer verb tenses and moods overall than Spanish.  Winner = NOT Chinese

Which language is going to help them more getting into, during and after college?  I read an interesting article on that topic recently that basically said that you should learn Spanish first, and then go on to learn Chinese if you are so inclined.  That is because the language that will be essential for Americans and has far more day-to-day applications is Spanish.  But I feel like people who know Chinese are total smarty-pants and overachievers (the “creme de la creme” if you will, and that’s the only mention of French in this paragraph because knowing French isn’t going to help anyone get into college or do squat in the future) so colleges probably think that too.  Apparently, China is quickly becoming an economic superpower and learning Mandarin could assist you in employment and cultural exchange opportunities now and even more in the future.  Winner = Chinese (by prestige alone)

Which language is the coolest to learn and know?  With over 30 countries in the world who use Spanish as their native language, knowing Spanish can give you amazing travel prospects.  Just ask my dad (El chair es brokenado.  Te fix-o, por favor?).  Knowing Chinese can help you when you are hanging out in… China… and that’s about it.  French is a sexy language and it has some cool phrases (concierge, a la mode, hors d’oeuvres, Grand Prix, en pointe, and Allez!) that can help you in hotels/ restaurants, at Formula One events, ballet class, or while you are watching the Tour de France, but their application can be extremely limited.  Winner, winner, pollo dinner = Spanish

All things considered, learning Spanish seems to be the most practical choice for my kids.  And they seem to be pretty good at it.  I heard the oldest two speaking to one another en español the other day.  Then they were reminding Kid C that she had to take Spanish as well when she goes on to sixth grade next year.  It made me really proud.  Then I started getting paranoid that they could be planning and plotting all sorts of things and I would be none the wiser.  Then the girls all giggled because apparently that has been their Splan (Spanish Plan) all along.

And then I got proud again because that really is genius. 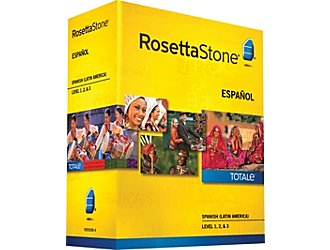 Guess what I want for my birthday?

2 responses to “My Kids Have a Splan”