Hair plays a prominent role in my life.  I am constantly concerned with the concealment of the grey in my own hair, whether I should grow it long as Sheepdog would like or cut it all off for the sake of convenience (oh, how he hates that!), the removal of unwanted hair, whether or not Sheepdog is losing his, and unclogging drains that are filled with the long hair of the four females in this house.

In my short time as a blogger I have written about Kid E’s mohawk, Kid A’s hair looking like mine did in high school, boys’ lettuce hair, and my big Jersey girl hair in general.  It is not like I have a shallow obsession with hair – mine is usually pulled back in a boring ponytail every day – but stuff about hair just seems to come up.

So when Kid A was on Facebook the other day and she made the comment that one of her friends (the one who wants to be Kid F) got her hair feathered I thought, “Well, that’s an interesting choice.  But I guess even the 70’s styles are an improvement over the leggings and tunics and neon crap from the 80’s.  I mean, Madonna made cool videos and all but her hair was over-processed and frosted and ugly.  Charlie’s Angels were way more fashionable.”

As Kid A tells it, I then made a wind-blown whooshing/ flipping movement with my hands on both sides of my head and asked to see her picture.  I wanted to see what an updated feathered hairdo looked like.  Um, it was nothing like I thought.  Less Farrah Fawcett and Scott Baio; more Ke$ha and Steven Tyler.  Much, much more. 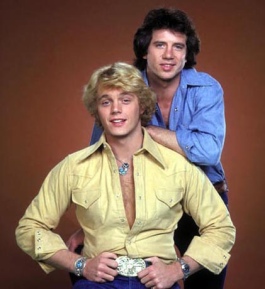 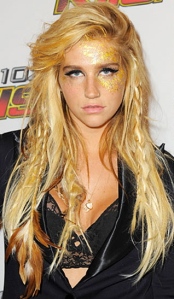 Feathered hair now refers to putting actual feather extensions onto your own hair as a type of accessory.  Feathers can be straightened, curled, washed and blown dry.  You can go to a salon and have it done or you can DIY with glue or micro beads and clamps.

I also found out that what type of feather you use makes a big difference.  The best ones come from roosters, but salons are having a hard time keeping them in stock and many activists liken wearing these feathers to having an abortion or wearing real fur.  So, unless you wish to have someone potentially give you a red paint shower as you walk down the street, you should probably stick to the synthetic ones.

I think I’ll just stick to trying to stay one step ahead of my grey hair.  That’s enough to keep me busy for now.